The Place Where Black Stars Hang 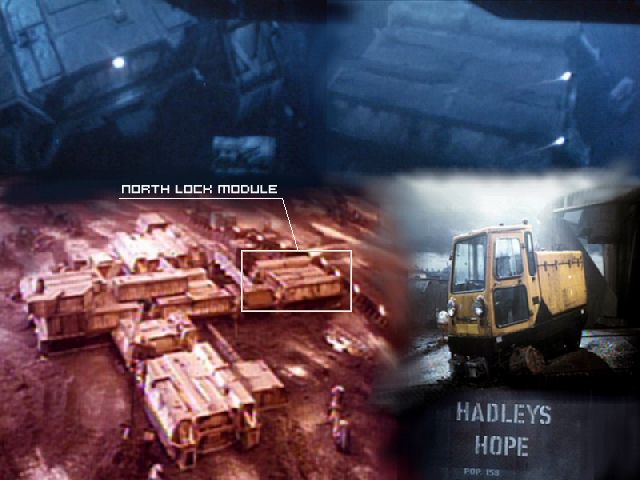 Here's a random colony generator, for those times when you just have to violate human biology in a new and exciting place.

D — Who's In Charge
1: A governor appointed by an absent power.
2: The owner of the colony; a prospector, corporate head or aristocrat.
3: A combined council of the heads of each segment of the colony's operations.
4: A strongman who rules by force and fear of force.
5: Elders, headmen or leaders by popular esteem.
6: [Reroll twice for separate factions, adding another reroll each time a 6 comes up.]

E — Threat
1: Unexplained phenomena such as ghostly apparitions, or disappearing things and people. (Or appearing things and people.)
2: Illness or disease of the inhabitants, or other essential life-forms.
3: Unusual or suspicious behaviour among the colony personnel, or suspicion of unusual behaviour, or unusual suspicious behaviour…
4: Equipment malfunctions.
5: External assault from outsiders, or giant bugs, or giant bug outsiders.
6: A natural disaster—this is Ceti Alpha V!
at August 12, 2012 1 comment:

Procrastination is the mother of invention, and I'm never more inventive than when what I should be doing is what I'd normally do to procrastinate. Therefore, here's some unplaytested, probably horrible, very likely subconsciously plagiarized rules for Risus: The Anything Game.

These adjustments are of the 'serious Risus' sort, the kind which slightly disincentivizes Hairdresser vs. Sorceror combats and other symptoms of the High Gonzo Mode in favour of an action or "pulp" mode (whatever that means these days).

All of these variants are based on the big important variant.

The One Risus Errybody Variant: Instead of adding the total dice together to compare against a difficulty, a roll is counted as a success if any of the numbers on the die match. In combat, the winner is the one with the largest number of matching numbers, including multiple sets of matches (e.g. two 2s and two 3s all count as four matches).

If the number of matching dice is a tie, then it goes to (in descending order of trumps):

-Whoever has a Dramatic Success (see below).

-Whoever is using their Expert Cliché (see below).

-Whoever has the most of the same matching number (e.g. four 2s beats two 5s and two 6s).

-Whoever rolled the most dice. If none of these tiebreakers are present, then both lose.

Rolling for matches roughly approximates the probability of a 3d Cliché (Professional level) rolling against a difficulty of 10, "A challenge for a Professional." This, then, is the baseline difficulty for any roll. Because of the probability breakdown, though, the Whiff Factor is slightly higher than in regular Risus.

Increased difficulty may involve either a target number of matches, or a penalty die.

- Target number of matches: Remember the minimum match target is 2, so increased matches will have to be 3+. Keep in mind the dice pool of the character rolling so that you don't inadvertently set it at an impossible difficulty. This way is actually a slightly more punishing difficulty than dice pool penalties (see below), since it basically knocks out successful matches instead of just reduces chance of making them in the first place.

- Penalty die: Subtract a die from the pool based on increased difficulty based on the Target Number Scale chart:

This is, basically, the same as how the damage system works. Since the lack of granularity in this system can quickly reduce dice pools to a useless 1 or 0, overcoming difficulty will usually involve either Pumping, Teaming Up (see below) or finding tools which provide bonus dice. GMs should actively reward character effort to gain advantage from their environment, and should try to prep with an eye toward how difficulties might be modified one way or another.

Damage is a little more dangerous in this version, since a 2-die Cliché will become useless after only one die of damage. To counteract this, the GM may allow any Cliché reduced to 1 to be used as a Quirk (see below).

Borrowed shamelessly from ORE, but research during writing revealed a previous version of this variant.

The Drama Die: Each dice pool includes one die of a different colour than the rest; this is the Drama Die. It has two special effects:

- If the Drama Die is part of a matching set, then the character has achieved a Dramatic Success. In combat, this means that the loser suffers an extra die of damage, or, if the player chooses, they may regain a die of damage, or 'bank' a one-time reduction in difficulty (assuming a sensible explanation of how the Dramatic Success affects the later difficulty). Other effects are at the GM's discretion.

- If the Drama Die rolls a one, and there are no matches, then the character has suffered a Dramatic Failure. Either they get hit with some damage in a non-combat situation, increased difficulty on a later round of combat, or some extra challenge in the future. Drama Dice may be included in every roll, or just those made by a dramatically-important characters. (e.g. In a fight between David Bowie From The Hunger and Goblin Puppet From The Labyrinth #25, David Bowe From The Hunger uses a drama die and Goblin Puppet From The Labyrinth #25 doesn't.)

If a Cliché is Pumped by at least 2, the drama die is also doubled, increasing the chances of a dramatic success. Borrowed shamelessly from ICON.

Cliché Tags These are little sub-definitions appended to Clichés which change how they work. Expert Cliché This is the cliché which defines their profession, calling, talent, obsession, ten-thousand-hours of experience, essential nature or whatever. Here's how they work:

- The Expert Cliché may be double-pumped. If it's pumped by at least 2 dice, then the Drama Die is also double-pumped, giving you three Drama Dice total. It's up to the GM if the Expert Cliché costs as much as a Double-Pump Cliché in regular Risus, or whether they can co-exist in character creation. (I'd vote no on both counts.)

Body and Mind Clichés These tags are applied to the two Clichés which most closely describe those two aspects of a character. These are now your character's 'Health Pools' for each; if a character damages you with an attack, this Cliché is the one that takes the damage and the one which determines when you lose the fight.

Mind damage is madness, fear, mind-affecting poisons, psychic domination, torture or stressful situations. It might also mean damage to your sense of self or identity.

If the GM wishes, damage to non-Body or Mind Clichés might still happen, but be represented in-game as change in tactical position or temporary conditions which would refresh after a combat.

Another option would be to demand all Clichés would be tagged with either Body or Mind, so as to create a broader pool for damage to be assigned. A corollary variant would be to number each tag to determine which Cliché takes damage first.

Borrowed, kind of, from Unknown Armies.

Quirk: Since a 1d Cliché is useless in this variant as it can't generate any matches, 1d Clichés are handled a little differently. 1d Clichés are Quirks. These are odd or idiosyncratic traits which colour your character's motives or habits, especially visually or verbally distinctive ones, but in ways unrelated or in addition to other Clichés. (e.g. Always Smokes A Cigar, Distinctive Scar/Breathmask/Hairstyle/Hideous Deformity, Huge Limpid Eyes, Quotes Mangled Movie Lines). Quirks can be used in two ways:

- The player can invoke the Quirk as a bonus die for another Cliché. This might apply just once in a combat, or for each round. As can expected, this depends on the GM's or table's agreement.

- The GM (or the player, if they're the sort) can invoke the Quirk as a 1 die penalty to a roll where it may cause problems. (e.g. A lit cigar may draw attention in a dark room, or allow a creature to track the distinctive scent.)

Quirk Clichés may not be pumped, nor damaged (see Body and Mind).

Example Character: This is what the Risus sample character would look like with these variant rules.
Viking 4 [Body, Expert]
Womanizer 2
Gambler 3 [Mind]
Poet 1 [Quirk]
at August 04, 2012 No comments:

Email ThisBlogThis!Share to TwitterShare to FacebookShare to Pinterest
Location: Toronto, ON, Canada

By These Strange Lights

"Tempus Fugit/Max" is probably the best, most pristine example of the X-Files mythology episodes. Unlike most of the other mythology episodes (especially the pilot), it manages to hang the mythology elements on an physical, forensic and answerable mystery—What happened to the plane?—and letting the mythology elements—abductions, MUFON weirdos, sinister government operatives, crashed ufos, recovered alien technology, incredulous locals—interact in and around it. That the key mystery is intricate enough to support the episode without the mythology is essential. If you took the military's cover story at face value, it would make complex enough premise for a Law and Order episode. The actual work of collecting and analyzing the evidence provides suspense which is eventually released, instead of cascading into an increasingly sprawling web of never-answered sub-mysteries, something no individual player can really keep straight.
at August 01, 2012 No comments: