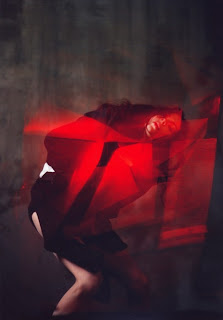 One. Find a map. Or an image of a place. Or a not-place which means or indexes a place.

Three. Drag an image into the image search. When the search results come up, search for 'visually similar.' Look for whatever is cool.

Four. Save image and assign it to a place on the map. If you need to write something down to figure out what it means, do so.

Using the previously saved image, repeat steps (skipping insufficiently distinct search results) until you have enough stuff to feel like the map is full.
at November 14, 2011 No comments:

D&D's attributes and saves are already a skill system. What are classically referred to as skill systems are just a means of arranging a set of extra probability modifiers for increasingly specific situations. At some point, most RPGs seemed to have absorbed three different ways of arranging probability modifiers or die-roll contextualizers: attributes, which I suppose are the 'ground level' way of describing an object mechanically and which are thus assumed to be ubiquitous in descriptions of slayable game objects*; skills, which are often a standardized list of genre-specific qualities which will be assumed to come up each once in a campaign, but which all operate simply enough that all you need is a name and string of numbers to describe. Then there's advantages and disadvantages, a set of opposed sub-descriptors which, because they often get nonstandarized paragraphs describing them which are expected to be memorized by the player, can be written on the character sheet in one line.**

D&D has been, in fact, kind of weird for not adhering entirely to this model, although it has all of these different kinds of modifiers or contextualizers already: attributes, attack bonus and saving throws (skills) and class abilities (advantages/disadvantages). When it got other things called skills and feats too one can reasonably look at the resulting kludge and start questioning which parts got used and which parts didn't. It's no wonder that those players which started thinking about RPG rules through D&D often split into the rationally-organized-rules camp (Rolemaster, HERO, GURPS) which try to keep everything but explain it all in a standardized way, and the slick-minimal-rules camp (OTE, Fate, GUMSHOE) which either keep it down to something you can count on your fingers, or at least only retain one category of modifier/contextualizer, or just quit the whole thing and go play a videogame.

*Leading to complicated rules for when they lack a modifier there, cf. 3e.

**Then there's also secondarily-derived stats, which are often used more than any other given skill. These are generally involved in combat, because every system after D&D needs combat to be a huge bloated system which rewards player knowledge of mechanical choices. Even Vampire, for some damn reason.

More Annwn Stuff
From the scratchpad:

• The Boar, usually resting, has been angered by pictish raids and is on the warpath. the picts plan to use the boar as a distraction; the band must deal with the boar and the picts at the same time.

• The secret of a terrible magical power lies with the soul of a man or witch tortured in the folds of the dragon-worm. only by consulting them while the dragon sleeps will they learn what they need and escape with their lives.

• The Raven-Giant, the great one, a shapeshifting druid in the form of a raven, whose head now guards Whitehill, where he watches over the assemblage of stolen wise-men's heads in the barrows.

• The bog-mummies in the swamps around the Great Tor have been whispering to the bishop there for many years.

• Cerridwen, the Bent One, is an ancient hag who dwells in her moving hut in the Otherworld.

• Characters do not level up with XP, but accrue magic power through finding magic artefacts, receiving boons, defeating monsters and stealing their power, or defeating mighty enemies and taking their heads. If they lose any of these things, they also lose the associated character powers.
at November 11, 2011 No comments:

The Mug of Annwn

I just had a dream which involved a pretty neat game idea in an excellent format. While shopping in a dusty antique-store-cum-Goodwill I came across a mug from the 70s with a D&D clone printed on it. The game was fairly simple, about four columns of text, with enough space left over for a weird (unrelated?) woodcut-like picture of a menacing steam engine pointing pneumatic cannons at people on an Edwardian streetcar track. (Have at it, Freud.) The game seemed to be about some Romano-British era soldiers having gone through a gate (possibly the Ninth Gate) in search of allies in their war against barbarians and bandits in their land. Coming back (I guess) with their original twenty-plus force, two archers, and a 'Knight in a divers war' (or something like that) a Lewisian-Merlin-type figure known as Cael, Caeal or Caelus. I think that means someone gets to play a magic-user, but he's, like, A Big Deal, or is a resource the players can only draw upon via negotiation with the GM. What followed that was a pretty opaque set of stats and level modifiers (you got HP and things but I don't know what it said about using them) and then twenty or forty-odd adventure ideas, stuff about drowned churches in a lake and Loch Ness and stuff. It all had very English tone, like the original Dragon Warriors books.

Anyway, here's a rough outline. It might be fun to work up some character creation rules, maybe in True20 or a microlite version of something. 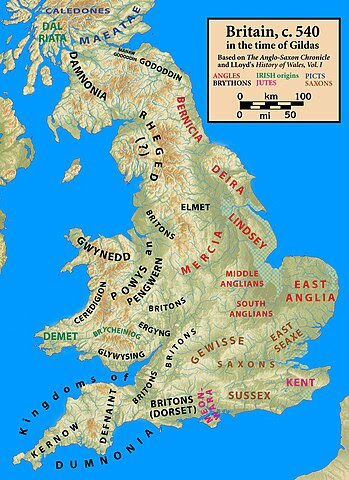 Characters are part of a loose warband of two-dozen fighters in 6th century Albion, trained in sword, shield, spear and bow, who follow the advice and auguries of a spiritual being or mystic Druid named Caelas.

The band is tasked with defending the realm from the strange forces that seep out of Annwn or Anaon, the Otherworld, a misty realm with many wonders beyond it. Among these forces are:
-The Hounds of Arawn, who hunt the Borderlands between worlds.
-The great serpent, with men's souls tortured in the folds of it's flesh.
-The Host-Bearer, a great beast with a hundred heads and a massive maw who spews goblins from it's neck and under it's tongue.
-The great frog-beast, with a hundred claws and a black groin.
-The great boar, who bears sticks and spears and claws in it's hide from the numerous people who have tried to kill it.
-Giants, who live in Roman ruins reclaimed by the mists.
-Beautiful and life-hungry maidens, the secret aristocracy of the barrow-realms.

Other mortals fight for control of Albion, too:
The Saxons and their brutal ways, conquering, enslaving and sacrificing to their hungry spirits.
The Gaulish Romans and their lost glories, sending sainted emissaries to bend local churches to Rome's will.
The Picts and their strange rites, raiding from the high northern lands, allies of the courts of Annwn
Even among the Britons, there are lone, elf-touched warriors who train in abandoned churches and ruins and treasure-hungry warlords of rival bands.
at November 10, 2011 No comments: