Boolyut, the Citadel of Mud

This is a repost of a RPG.net post, in a thread for 'alternate New Crobuzons,' where you take three humanoid monsters and put them into the city as an oppressed underclass, and add three more monstrous monsters into the urban ecosystem.

Boolyut, the Citadel of Mud.

A huge, winding sinkhole valley filled with multi-level tree-borne adobe spheres. The land around is arid savannah. Boolyut is an independent city, home to rich merchants who pay tribal nomads to escort caravans to other lands.

Myconids, the original inhabitants of the sinkhole and tenders to the trees. The humans came to the sinkhole first to trade with them, but eventually settled in the trees. Now, the human population dwarfs the myconids, but the myconids are still seen as the 'keepers' of the trees. Individual myconid works are barred from entering human dwellings without invitation, however, and as there is little to no truly 'public' spaces in Boolyut that leaves them vulnerable to violence. Sometimes, knots of myconid guards and human or kuo-toa muscle get into fights or even extended feuds at the behest of their merchant masters or colony sovereigns, or just over territory in the lower levels of the tree-structures.

At least five separate myconid colonies live in Boolyut. Humans know little of the how or why of political dealings between them.

Kuo-toa, once emissaries to the great treant tribes, have settled in the lower sections of the muddy tree-structures. They mostly bring fish and mushrooms from underground caves, or come to escape their brutal life underground, trading it for an equally brutal becoming hired muscle or mushroom-poachers in Boolyut. Both myconid colonies and humans hire out kuo-toa; kuo-toa without insignia of employment from either a myconid sovereign or human masters have no rights in Boolyut.

Zombies made of mud and the body parts of human and kuo-toa alike are the primary workforce of Boolyut. They work the mud-paddies and mushroom fields below, under the geas of the zombie-administrators. They only command the zombies; actually touching and assembling the zombies is left to rented myconid workers and shrouded untouchables.

The great dead trees that make up the core of the city's dwellings are the corpses of swamp-treants. Centuries ago, many of them strode across the landscape, but in the drying of the aboveground they retreated to the muddy sinkhole. In time, they entered a death-like senescence, and hundreds more from across the savannah joined them, making the sinkhole a sort of treant graveyard. Whether they can be rejuvenated and reawakened is unknown.

Ogres from the dry lands around come to trade, or are brought to be traded, as slaves. Ogre parts, as well, are known to make excellent raw materials for zombie labourers. Oni mages accompany these ogres in disguise, offering services to merchant masters or to trade for esoteric items.

Unknown to anyone but the myconids, an army of Clay Golems slumbers beneath the mud. They were constructed by the myconids to defend the treants; anyone suspected of harming the trees is abducted and dropped down into the mud. However, in the centuries since the golems' creation, the magic that keeps them quiescent and controlled has begun to wane, and at least one has had to be put down by myconid guards.
at November 22, 2013 No comments:

I heard you like one-page dungeons, so here's a landscape-format template.
at July 09, 2013 No comments: 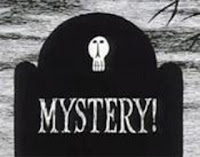 Rolling a die does not equal player input or player effort. Randomness is not what makes it a game. Chess and Go do not require dice to make them better; the challenge is instead the grappling with both the facts on the ground, what they reveal, what they obscure, and the other people who lie behind them. Likewise with a mystery.

Inspired by yet another "not rolling for clues makes things too easy/too boring" thread.
at July 03, 2013 No comments:

Oh Hey, My House Burned Down

If I Had My Druthers Part Two

Following up from last week, another suggestion I had for the new Call of Cthulhu rulebook is a digest-sized, stripped-down cheapo edition that would retail for under $20, something that would look like this: 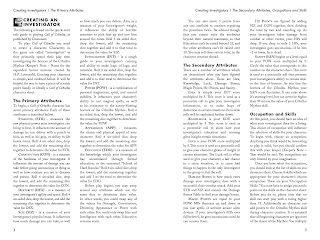 It's hard to see, but the little icon in the upper-left is a piece of sinister-looking ancient Egyptian statuary. As with the cover, I'd like to use callbacks to less tentactular elements of Cthulhu fiction to ground the book in real-world elements which recur frequently: archaeology and ancient civilisations, ancient texts and libraries, urban and rural decay, and the boundaries of human piecing together of dissociated knowledge.
at January 30, 2013 No comments:

If I Had My Druthers Part One

A quick update while I work on so many things... a while ago on Yog-Sothoth.com people were discussing how they'd direct the look of the line, after the generally disliked (at least on Y-S.com) 6th edition rulebook. I'm not sure where it came from—I think it was adopted from the German edition?—but it definitely seemed at odds with the clean, just-the-facts-ma'am look the line had previous to that. I do think that Call of Cthulhu benefits from a more understated look, so in the discussion I mocked up a sample of how I'd approach designing the CoC cover with that in mind.

The idea is to combine rural decay and mystery with a deco or Bauhaus period feel.

(Photo credit: someone on flickr. If I had the original photo somewhere, I could probably figure out whose it is...)

Next week I'll have a sample so-retro-it's-now layout approach, available in the first quarter after When I Run The World.


I would be terribly remiss to end this post without joining the rest of the Call of Cthulhu community in sadness and regret for the passing of Lynn Willis. His great effort shepherding Call of Cthulhu into what it is is a large part of why I'm able to work with the people that I do, and on the projects that I do. Thanks. 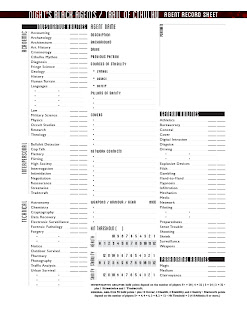 Here's a redesigned Night's Black Agents sheet put together for a theoretical future continuation/restart/completely new Delta Green campaign I'd like to do sometime in the future.

• It's set to DUST mode, so Health is capped at 10 and your starting General Ability points are 55. MOS rules do not apply, and characters only gain access to 8+ abilities marked with the Dust icon—Athletics (Hard to Hit), Hand-to-Hand (Eye of the Tiger), Medic (Medical School of Hard Knocks), Shrink (Talk It Out), and Surveillance (The Wire).

• It's also set to BURN mode, so your Stability is capped at 12, and your Network points are group-size dependant.

Other rules variants that apply:

• The Dunwich Sanction: Cthulhu Mythos is in and Vampirology is out, so characters have Sanity to lose too. Also added: Fringe Science, Geology, Physics, and Theology. Because this is nominally for a Delta Green campaign, the Bureaucracy General Ability rules from Martini, Straight Up are also in, as is the Pulp-idiom Hypnosis from Trail of Cthulhu.

• Special Assets gives us Necrophony (called Medium because I like the old-school Spiritualist sound of it) and Clairvoyance under 'Paranormal General Abilities.'

• And from Rough Magicks, we add the Magic General Ability, too.