The Wretched of R'lyeh 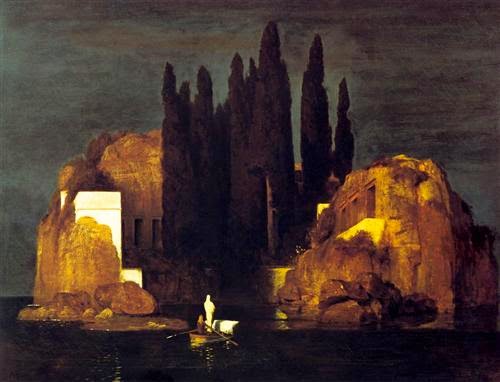 This is a repost of something I wrote on the yog-sothoth.com forums, because I think some people might be able to make use of it.

Distortions of Space: One person unwittingly takes a wrong turn in 5-d space. If they take a "corner," it appears to the others he just vanishes, but to him, it looks like the others have gone. (Check out this game level.) If they take a "ramp" or a "slope," on the other hand, then the effects take longer to perceive: the victim has to walk farther than the rest to keep up, they shoot at something they see as nearby but the bullet loses velocity on the invisibly-long distance. Visually, perspective is all weird, like a convex or converse lens. They appear far away despite being close. They might even slide into adjacent dimensions, like Tillinghast's ultraviolet or whatever plane the Mind Parasites live on.

Distortions of Time: Individuals end up with vastly different senses of time passing. One person in the party has to make a CONx3 roll or collapse, exhausted, after what everyone else thought was a short walk down a hallway. People approaching from different angles might see each other as slowed-down processions, or half-real staccato flashes. Ghostly echoes of yourselves walk around corners. Reflective surfaces are a whole second delayed, or even seem to play faster or slower than you based on an unseen rhythm. Human tools corrode and rust as if ancient, while your flesh pulses with unwholesome vitality and oozes an oily sweat as if freshly decanted.

You could even make it a mechanical thing:

Every time a 'direction' is decided on—go left or right, climb over or turn around, stairs up or stairs down—the players must roll SAN. If they fail, they accrue 1d6 points of Lost (as in, Lost in Time and Space). If they critically fail, they gain 2d6 points. If they ever get 5 points of Lost at once, they experience a Minor effect. Once their Lost points equal their POW (or POW divided by 5 in 7th ed) they experience a Major effect.

Minor effects cost 1/1d6 SAN to experience (undeniably weird, but not immediately imperilling), while Major ones should be like 1d3/1d10 (they're weird, and they directly threaten your life.)

Minor effects mean that they and their companions are out of sync, but still sort of present—a mismatch of time passage, a sense of being distant despite closeness, slight dimensional interphase—while Major effects are getting separated unexpectedly, or suddenly being hit with damage from aging years at once, or losing all your stuff to a timewarp, or being afflicted with Deep One taint (see below). Minor effects may be good or bad depending on context—if you are out of phase with the Deep One attacking you, you get an armour bonus vs the attack, but the reverse also applies, or your increased rate of time flow means you can look ahead and warn your fellows about something, but you get hit with events like a rockfall before everyone else (so your Spot Hidden better be good)—but Major ones separate you from the party or have a chance of making you dead, incapacitated, or even a monster the PCs now have to deal with.

Once you experience a Major effect, your Lost points reset to 0. The Keeper may also provide things that reduce Lost points, like a landmark that resyncs everyone and resets Lost to 0 for the whole party (something like the monolith in "The Rise of R'lyeh" or the crypt of Cthulhu itself, which is the lynchpin of R'lyeh) or an impale on current SAN when rolling removing 1d6 Lost points.

Something else to consider:

Cthulhu and his ilk are described as "seeping" down from the stars. That might just be an extra-creepy verb to use, but what if it is meant literally? Merely being on or near R'lyeh—or any of the star-spawn—may infect you with their hideous plasticity, like a virus injected into you via extradimensional space. People who spend too long in R'lyeh start accruing Deep One taint, or some other mutation (lloigor tentacles, jellyfish-like growths, whatever sea life you hate the most). You can make this a CON roll to resist or just hit them with it when it seems dramatic.

Really, the thing to remember is that in Call of Cthulhu, R'lyeh should be the worst place on Earth. Your PCs should loathe it and fear it above all else.
at November 24, 2014 No comments: