The Hermetic Order of the Silver Twilight 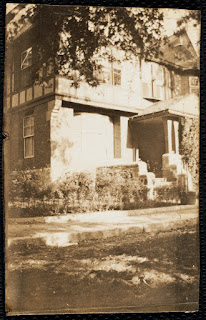 The 1920s are the tail end of the “golden age of fraternalism,” when almost two out of the every five people in the United States belong to a fraternal society of some kind. Into this stew of Masonic and Odd Fellow's lodges, knightly orders, immigrants' benevolent societies, spiritualist circles and fractured churches of interwar Boston comes the Hermetic Order of the Silver Twilight, a rapidly-growing fraternal society with an esoteric scrim. The Order is gathering a reputation as a place where wealthy nonconformists can discuss philosophy, politics and important matters in a congenial, secluded atmosphere.

The Order meets in a late Victorian mansion on the suburban fringe of Boston. The interior has been converted into lounges, libraries and ceremonial spaces for the Hermetic Order. They meet weekly for a ceremony and dinner; the lodge also hosts talks and readings on occult subjects or formal discussions of esoteric topics.

The Order has a few hundred members; though, like many urban Masonic lodges, attendance outside of mandatory events is a small fraction of that number. Members join the Order for two reasons. Wealthy eccentrics or idiosyncratic thinkers look for like-minded (or at least similarly iconoclastic) fellows to do business with, while the true occultists join for the network of like-minded seekers after cosmic secrets. Order members begin as a Neophyte (who is instructed in the disciplines of Science, and wears a black robe in ceremonies) and progress through the degrees of Initiate (Philosophy, grey robes) and Master (Magic, white robes). Attaining each degree comes after study and participation in Order activities, and invitation to take a higher degree is a measure of the personal interest taken in the member by the leaders of the Order.

The Investigators, as they have progressed through the degrees of the Hermetic Order, have heard hints that there is a secret, inner Order within or beyond the lodge (much like the Second Order of the Golden Dawn stands above the Golden Dawn itself). It is not clear if this inner circle is interested in mundane or magical power—or what powers it already possesses. What is clearly hinted at is that membership in this inner circle depends on one's willingness to help the wealthy members line their pockets, and help the would-be sorcerers line their library shelves. The Order is hungry for secrets; as would-be initiates, the Investigators must feed it.

Missions the Investigators may be assigned (or take upon themselves):
• Research hauntings or other manifestations of supernatural phenomena, both academically and 'in the field.'
• Locate and secure grimoires or other magical texts.
• Infiltrate other secret societies or cults and report back on their beliefs and activities.
• Cleanup and assistance for other Order members.

Setting
The campaign is centered in Boston, where the Order's mother lodge meets. It's in the meeting hall that Investigators hatch their plots.

Initial investigations have Boston and New England (including Lovecraft Country) as their stomping ground, but the Order has daughter lodges in New York and other major cities of the U.S. that can provide (or request) mutual aid from mother lodge members. Wealthy Order members may also bankroll excursions to Europe or South America.

Style
The style of the campaign is occult conspiracy. Though Purist in the ultimately petty strivings of Order interests, the potential for dark deeds done at night and daemonaical manifestations is surely Pulp imagery. The game is also apocalyptic, in both senses of the word: unveiling the powers of the world in motion, and facing the destruction those powers wreak when they arrive.

Mythos
The forces of the mythos are veiled behind human rituals and mythology. Their powers underlie the reality of magic and occultism that Order members explore. Distinguishing what is human misperception and what is actually at work is one of the tasks in front of the Investigators. When any powers or entities appear, it is likely at the behest of spells, talismans or other pseudo-traditional paraphernalia, leading to more confusion as to exactly what is encountered or how to deal with it, what is real and what is chicanery. The mythos qua mythos may not be the foremost threat.

Investigators
Investigators are all members of the Hermetic Order of the Silver Twilight. Members of the Order have to have Credit Rating 4, or be an Alienist, Antiquarian, Artist, Author, Parapsychologist, Occultist or Charlatan. (See Rules Additions.) Order members with Credit Rating scores less than 4 may choose a wealthier Order member as their patron at character creation. If this is not another player character, briefly describe (in a sentence or two) the NPC patron and what their focus is in regards to the Order's activities. This patron may provide a temporary Credit Rating boost of 1 or 2 points whenever pursuing their patron's goals (or convincingly present themselves as doing so).

The game incorporates the Magic general ability rules from Rough Magicks. Characters may not purchase Magic points at character generation, but accrue Potential points during play. (Looking out for Places of Power is also on the Order's order of business.)

If the Keeper wants a more magic-drenched game, they can also include the magic systems from Ken Writes About Stuff: alchemy (GUMSHOE Zoom: Alchemy), goëtic magic (GUMSHOE Zoom: Goëtia), heka (Tomb-Hounds of Egypt), and heptarchic magic (The School of Night). Voodoo (from GUMSHOE Zoom: Voodoo 1 & 2) may or may not fit, depending on whether the Keeper envisions the Order as Western-occult chauvinists.

Recurring NPCs
The leader of the Hermetic Order is John Scott, who holds the title of Noble Philosopher. A mysterious younger man, who appeared in Boston shortly before the inauguration of the Order, he sufferes from some sort of wasting disease that leaves him pale and rough-skinned. He is rarely seen by Order members outside of ritual events and official Lodge business.

Ephraim Weaver is the owner of Weaver Imports, a growing import firm with connections to Canada, Europe, and South America. Despite his business sense he's a hot-headed man who often gets raises the ire of other prominent Bostonians. The common assumption in the Order is that it's Weaver who keeps the Order's cellars well-stocked with spirits.

Dr. Edward Call, a wheelchair-bound Boston ex-physician, joined the Order after his infirmity prevented him from continuing in his practice. He expresses hopes that his Spiritualist interests may be somehow reconciled with contemporary science.

Pitch
“A Jazz Age Foucault's Pendulum,” or “The Devil Rides Out, only you work for Charles Gray.”
at February 01, 2016