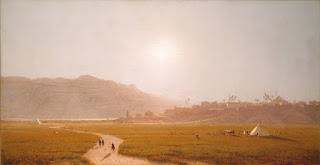 Xothesque Origins (1d20)
1: Western Archipelago. Lying amidst the Black Current that flows between Zothique and Gnydron, these islands are inhabited by pirate clans, exiles from the mainlands, and hidden devotees of disreputable gods.
2: Naat, the Funereal Isle. The home of ancient orders of catacomb-dwelling monks, defending their charges against jungle-dwelling anthropophages.
3-6 Xylac. A breakaway maritime province of Cincor, whose mercantile triremes travel to all quarters of the world from the ports of Mirouane and Oroth.
7-9 Cincor. An ancient and shrinking empire centred on the tomb-girt plain city of Yethlyreom.
10-11 Ilcar. Northern Cincorcian suzerainty of rock-carven towns in mountainous plateaus.
12-13 Tasuun. Desertified remnant of the sorcerous empire of Ossaru, which once stretched to the western sea.
14-15 Yoros. Southern Cincorian suzerainty of warm, fragrant forests and wide, fertile river deltas.
16 Cyntrom. Large island of petty lowland kingdoms and fractious hill clans.
17-18 Calyz. A rich eastern kingdom ruled from the high-domed palaces of Shathair.
19 Far Isles. Fabled Uccastrog, Sotar, and other, legendary islands of the Orient Sea.
20 Stranger Lands. Gnydron is more subject to incursions of "outsideness" than any former terrene realm; and more liable to the visitation of beings from galaxies not yet visible; also, to shifting admixtures and interchanges with other dimensions or planes of entity.
at October 05, 2019